This is a Commodore 64 port of the 1985 game SUPER MARIO BROS. for the Famicom and Nintendo Entertainment System. It contains the original version that was released in Japan and United States, as well as the European version. It also detects and supports a handful of turbo functionalities, and has 2 SID support.

A cartridge-file is also provided. It only contains the game and can be used with a C64GS.

This port relies on the VSP-technique for scrolling. If you experience crashes while playing the game, this is most likely the issue. You may find out if your computer is prone to crashing by running VSP Lab.

If this is the case, there are a number of things to try (some options cheaper than others):

- Try another C64.
- Use an emulator instead.
- Use a C64 Reloaded motherboard - they are designed to be VSP-safe.
- Use a Turbo Chameleon - because of how it works, VSP glitches will not alter the Chameleons memory, thus preventing the game from crashing. This port will also benefit from its turbo functionality.

Before the game starts, an option menu will let you:

- select a version of the game.
- disable turbo (if detected).
- configure a second SID-chip.
- see the background (based on Shigeru Miyamotos artwork that was used for the Japanese and European release).

The option menu is (just like this manual) controlled using a joystick (or gamepad) in either control port.

The details of these options will now be described.

The original game was released in two versions:

The program will automatically detect your hardware (including any turbo functionality). Based on this, it will suggest the best version for you.

The reasoning behind the suggested version is as follows:

- If you play on a stock C64 (PAL, Drean or any NTSC) without any turbo functionality, the European-release will give you the least slowdowns, since the original game-engine is tuned for a 50 Hz refresh-rate which uses less CPU-cycles per second than the original Japanese/US-release.

- If turbo functionality is detected, the version aimed for your video-system will give you the smoothest scrolling. This means: Japanese/US-release on any NTSC C64, European-release on PAL and Drean C64.

You can override the suggested version, if you wish.

VSP issues aside, this port should be able to run on all regional C64 models. PAL, NTSC (new and old) and Drean (PAL-N) are all supported.

Since the NES-processor is clocked (roughly 70%) faster than a stock C64 there can be slowdowns during gameplay. A pixel indicates this on the time-watch graphics in the status bar.

This port will try to detect and use any kind of turbo functionality, such as:

You can disable the detected turbo functionality if you experience problems with it enabled (or wish to see how the game performs without it).

- This port emulates 4 channels of the NES APU (audio processing unit): 2 pulse channels, 1 triangle channel and 1 noise channel. The SID-chip has 3 voices, so this is handled by sharing 1 SID-voice for the triangle and noise channel.

- If a second SID-chip is configured, the program will instead dedicate 2 APU-channels to each SID-chip.

The game is controlled using joystick (or gamepad) in either control port and supports 2 button joysticks (using POT X, like the C64GS joystick).

You can press F1 or F3 to toggle between the 4 modes for control port 1 or 2 respectively. A message on the screen will display what mode you have selected. These modes are:

The mapping scheme is by default setup for 1 button joysticks, where pushing up will trigger jumping (and swimming).

On the C64, this is the most common way to control your character in platform games. Examples: Bubble Bobble, The Great Giana Sisters, Mayhem in Monsterland, Turrican, Wonder Boy.

If you have a joystick which supports 2 individual buttons, the second button will also trigger jumping (and swimming) in mode 1 and 3.

Depending on the physical layout of your joystick, you can change the control scheme to swap the action of the buttons (mode 2 and 4) so that they correspond physically with a NES-controller.

- The A-button (placed to the right) is jump (and swim)

For 2 button joysticks it is also possible to use mode 3 and 4 which disables the UP > Jump-mapping. Do not use these modes on 1 button joysticks as you will not be able to either jump or throw fireballs. 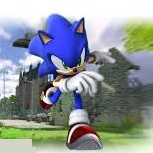 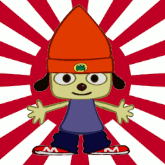